Nature Preschools and Kindergartens at Record Numbers in the U.S.

A new national survey of nature-based early childhood educators found that the number of nature preschools and forest kindergartens operating in the U.S. is at an all-time high. The study, conducted by four associations serving early childhood professionals, identified more than 250 nature preschools and kindergartens across the country – a 66% increase over the previous year’s tally of 150. The programs serve approximately 10,000 children every year, and eight out of ten programs reported that they started a waiting list in the previous twelve months.

The Natural Start Alliance, one of the groups that conducted the survey, defines nature preschools as schools that use nature as the organizing principle for their programs. Nature preschools require their teaching staff to have skills and experience in both early childhood education and environmental education. A significant portion of the school day in nature preschools is spent outside. Forest kindergartens are a type of nature preschool that takes place entirely outdoors, often allowing the children’s interests and curiosity to direct the day’s activities and inform the curriculum.

“The continued growth of these programs suggests that more parents are looking for forms of early childhood education in which nature facilitates children’s learning and development,” said Emilian Geczi, the Natural Start Alliance’s Director. “I think parents increasingly appreciate how the ever-changing environment and the many colors, textures, and sounds of nature foster discovery, collaboration, and the imagination.”

The survey found that, on average across all programs, students spent three-quarters of the school day outside. Almost half of the preschools and kindergartens offered full-day programs. The vast majority of programs reported using self-developed or emergent curricula, consistent with a general preference for child-directed and open-ended activities in many nature-based early childhood education settings.

The survey results also showed that some student populations, especially ethnic and racial minorities, were underrepresented in the nature-based programs. For example, only 3% of students in nature preschools and forest kindergartens were reported to be African American and 7% to be Hispanic. In comparison, the latest U.S. Census found that 15% of children under 5 were African American and 25% were Hispanic. The survey found similar underrepresentation of students with special needs and dual language learners.

“Clearly, the field needs to be much more intentional about planning, promoting, and running inclusive programs. The Natural Start Alliance is making this a major focus of its efforts,” said Geczi. The Natural Start Alliance organizes an annual national conference for nature-based early childhood educators and supports the work of the Council of Nature and Forest Preschools, a group focused on advancing the field. The theme of the 2017 Nature-Based Preschool Conference, held in Seattle, was equity and cultural responsiveness.

Monica Wiedel-Lubinski, who chairs the Council of Nature and Forest Preschools, believes that the survey findings provide evidence of the maturation of the nature-based early childhood education field. “Teachers and administrators are embracing nature-based learning because it is engaging and healthy for kids. In addition to all the rich skill development, it is an ideal way to offer play-filled learning. Teachers want that for the children in their care,” said Wiedel-Lubinski, who is also the Executive Director of the Eastern Region Association of Forest and Nature Schools.

The survey was sent in the summer of 2017 to 261 schools representing the combined membership lists of the four associations. The survey received a 47% response rate. Six surveys were undeliverable. The full survey findings are available here.

About the survey authors:

The Eastern Region Association of Forest and Nature Schools is a non-profit organization that provides services, support and inspiration to early childhood professionals to advance the field of nature-based early childhood education and encourage life-long appreciation for our natural world. Contact: Monica Wiedel-Lubinski, Executive Director. 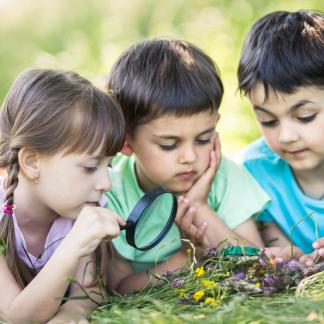 Are you considering opening a nature-based preschool? Here are some ideas for thinking through the programmatic decisions you will need to make. Read More 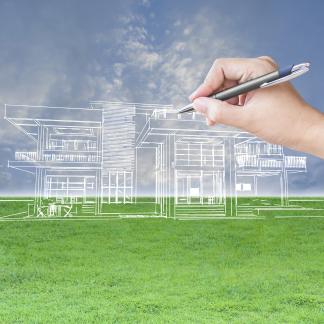 Getting Down to Business

Business planning consultant David Catlin shares what it takes to develop a business plan for a nature preschool that can take you from a great idea to a successful school. Read More

President Obama Commits to Getting "Every Kid in a Park"